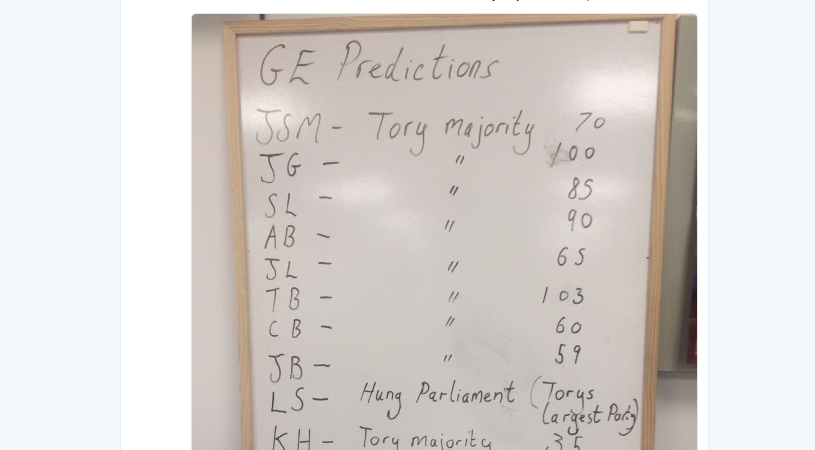 The Countryside Alliance are well known for being totally out of touch with the mood of the British public – 84% of who are opposed to foxhunting.

In their fervent support for Theresa May and her plans to repeal the Hunting Act however, the CA managed to outdo their own stupidity – spectacularly and hilariously mispredicting the results of the General Election.

On the evening of the General Election, June 8th,  the geniuses at the CA gathered around their office whiteboard. Feverishly jabbing at calculators, the bloodsports loving freaks crunched the numbers and deploying their “collective wisdom” triumphantly determined what the final result would be.

Whips were cracked and shouts of Tally Ho! rang around Countryside Alliance HQ as the animal killers slavered at the prospect of a repeal of the Hunting Act and tweeted out the good news.

A Conservative majority of 78! 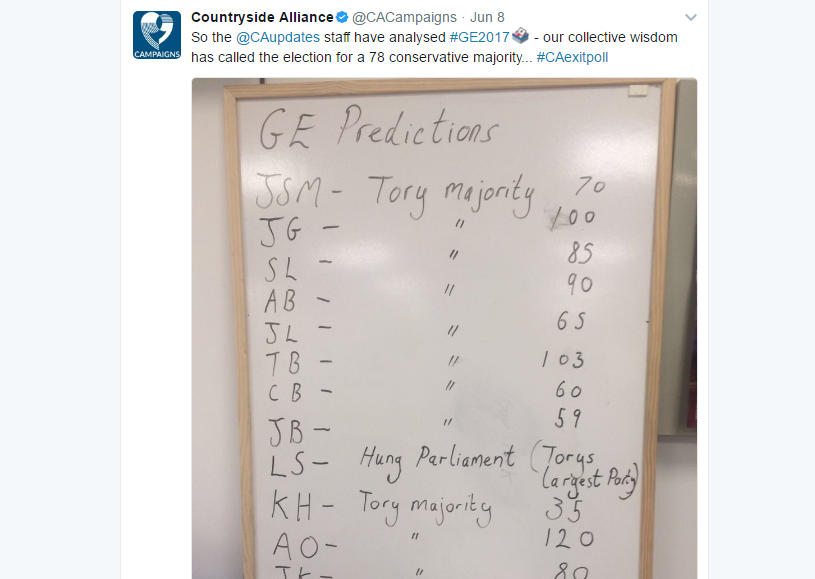 The actual result was of course brilliantly different – a loss of 13 seats for the Tories and a stunning gain of 30 for Jeremy Corbyn’s anti-foxhunting Labour Party. 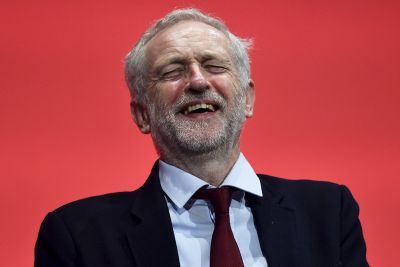 Everyone’s laughing at the Countryside Alliance

The Tories are now highly unlikely to be able to push through a repeal of the Hunting Act, and the humiliating result will probably mark the end of foxhunt loving Cruella de May’s reign as PM.

Whilst a repeal of the Hunting Act is likely now off the political agenda, the battle against foxhunting is far from over.

Thugs on horseback, backed by their idiotic supporters in the CA, routinely flout the Hunting Act and regularly illegally persecute and tear foxes and other wild animals to pieces with packs of hounds.

You can help end this cruelty by demanding that the Hunting Act is strengthened and enforced, and never repealed, and by supporting your local Hunt Saboteurs Association group.