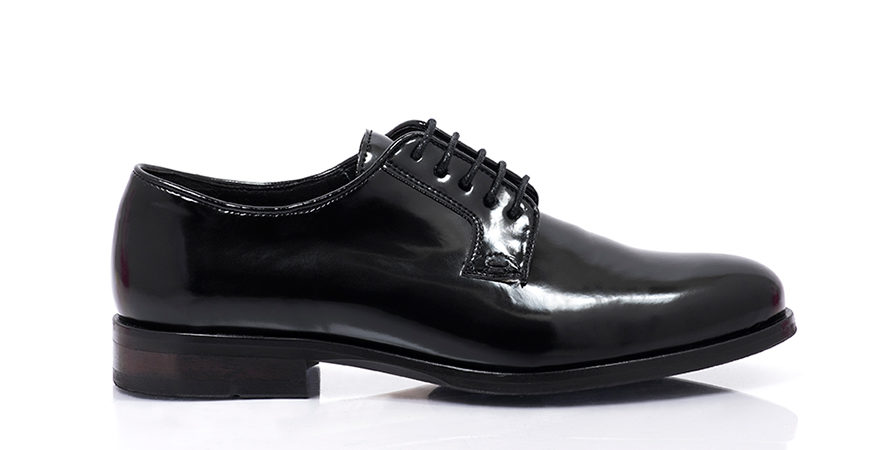 If you’re looking for to buy a pair of vegan shoes, check out this list of the best UK vegan footwear suppliers.

Starting in 1993 with only two styles of shoes on offer, Ethical Wares now stock a large range of ethical footwear, from women’s vegan boots and men’s vegan shoes to creepers and clogs. Ethical Wares believe that “the struggle for a better deal for animals cannot be separated from that same struggle for human rights”, and the income from sales helps fund the care of their fifty or so animals, including goats, sheep, pigs, horses, cats, dogs, rabbits and Aunt Dotty the cow!

Freerangers’ range of vegan shoes are made to order by hand in their UK workshop, and they can even make bespoke items if you’re after something unique. They also offer “a full refurbishing service to put a spring back in your step”. 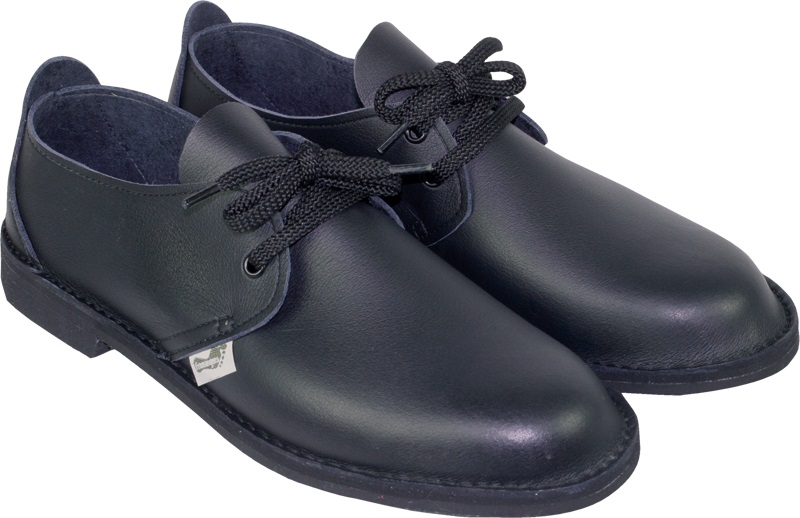 Bourgeois Boheme are based in London and their vegan shoes are made in Portugal from Italian vegan leathers. Founded in 2005, the company champions slow fashion through updated British shoe classics and their fans include vegan celebs like Natalie Portman, Bryan Adams and Torrey DeVitto. Rather than using PVC (which contains chloride that’s not biodegradable), they use high-quality cotton-backed microfibre PU (polyurethane), textiles and natural materials. 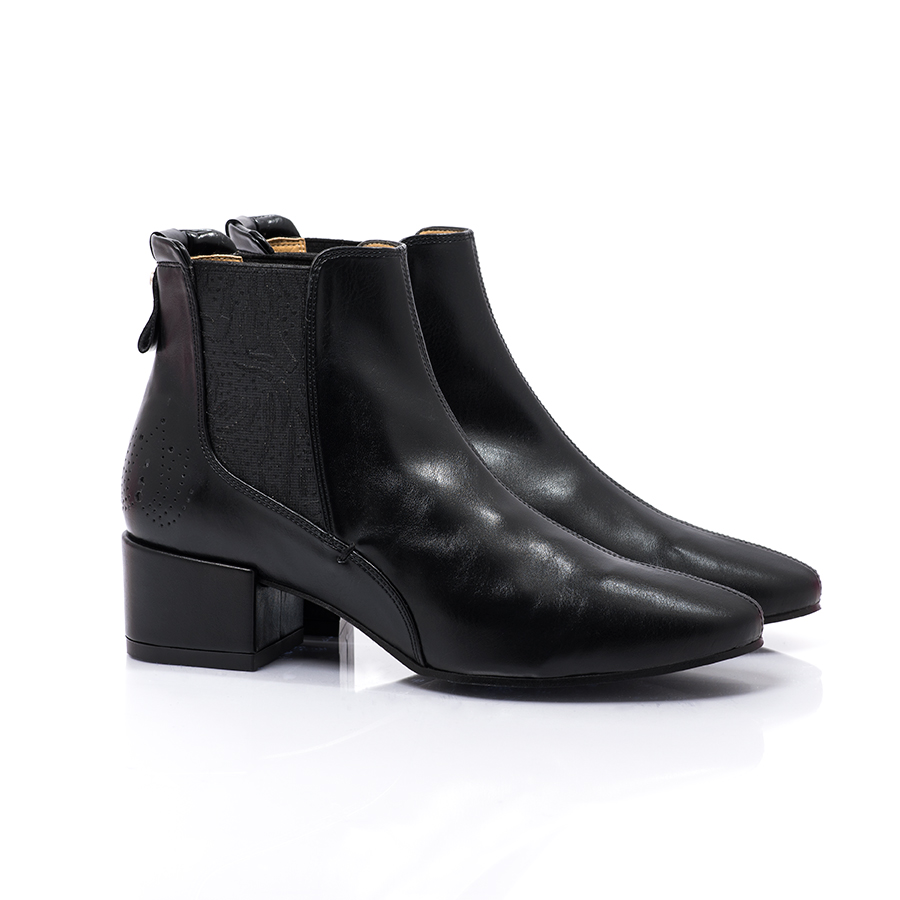 Beyond Skin was started in London in 2001, originally selling a tiny collection, handmade to order in two simple colourways over six styles. They are now based in Brighton and produce a large range of women’s vegan shoes, with the aim of “passionately doing what we can to trade in a manner that is kind to our fellow humans, animals and wherever possible our precious planet”. They hope to have their men’s collection live by Winter 2017. 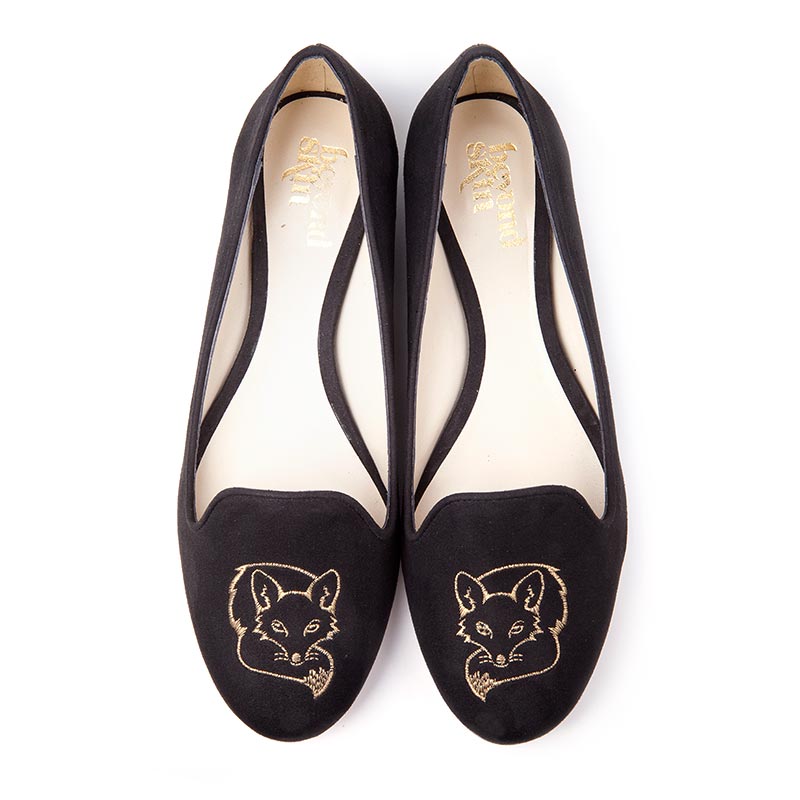 Foxy embroidered slipper by Beyond Skin

Robin Webb started Vegetarian Shoes way back in 1990, originally making just one style of shoe by hand. Shoes are now made exclusively to Vegetarian Shoes’ specification in European and English factories, and include men’s and women’s shoes, boots, sandals – and even trainers made from hemp. Vegetarian Shoes won Viva!’s ‘Best Vegan Footwear’ award in 2014.

A physical shop established in Leeds in 2005, The Third Estate relocated to London in 2013 and launched their web store in 2015. Their products meet high social, labour and environmental standards and they sell a range of women’s and men’s vegan shoes, as well as clothing and accessories.

Alternative Stores say they “want the world to stop using animal products and we try to make it as easy and affordable as possible for everyone to do so”, and their products include a range of value vegan men’s and women’s boots, shoes, sneakers, slippers, sandals and sports shoes.

Will Green says that he started his shoe business “with a passion to provide animal and human-friendly shoes with high-street styles and prices”, and his quality contemporary shoes are entirely free of animal products, with styles available for each season.

Selling women’s boots, shoes, pumps and heels, You’re So Vegan creates footwear with a chic, modern woman in mind. The company’s founder says she was once told in a London department store that you can’t be vegan and a fashionista, but states that “Times are changing. You can be vegan and a fashionista, and YSV will prove that.” They also sell women’s clothing and accessories, and a couple of men’s accessories.

Vegan Store’s products are Vegan Society approved and manufactured in factories with non-exploitative working practices within the EC. Their men’s and women’s shoes, boots and trainers are made from new micro fibres such as V Tex, which avoid the pollution of chromium tanning and are also cotton-backed, making them 75% biodegradable.