B&K Universal are a private company based in Grimston near Hull, which breeds animals and sells them to vivisection laboratories to be tortured in medical experiments. 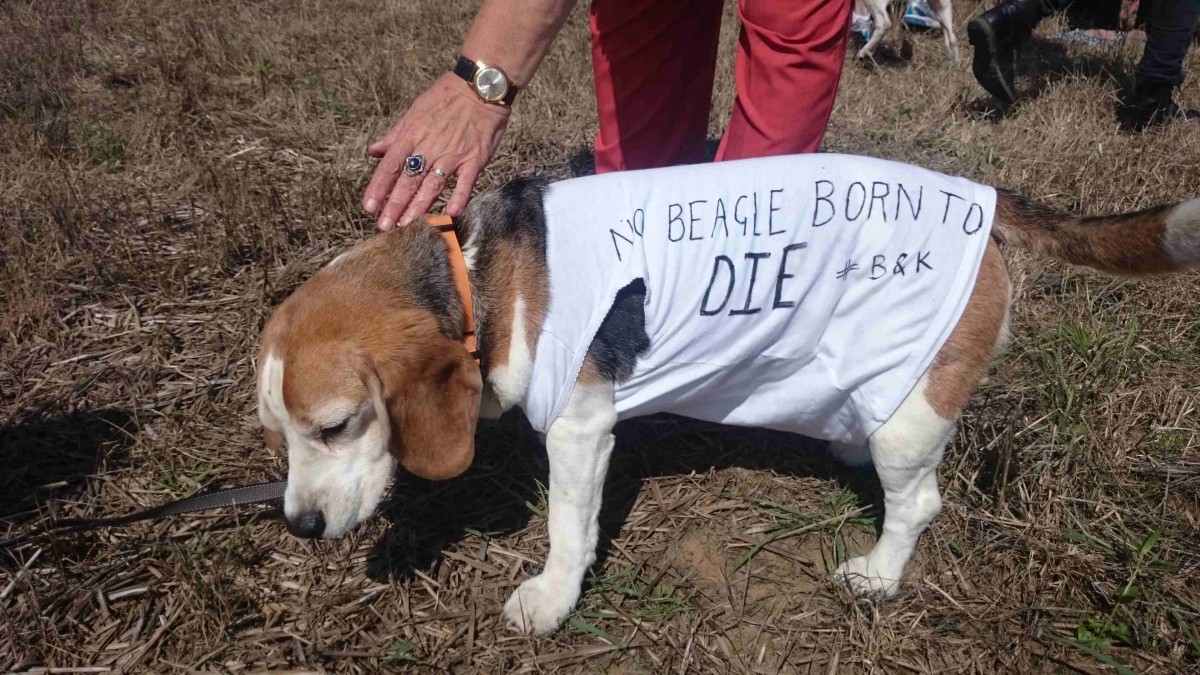 On Sunday 16th August hundreds of protestors joined locals in Grimston, in opposition to the plans to increase the number of beagles being bred by B&K Universal.

I joined other protestors and we peacefully made the half hour walk through country roads to the gates of the breeding centre. We carried signs and banners demanding an end to animal experiments, with many protestors accompanied by their own pet beagles. 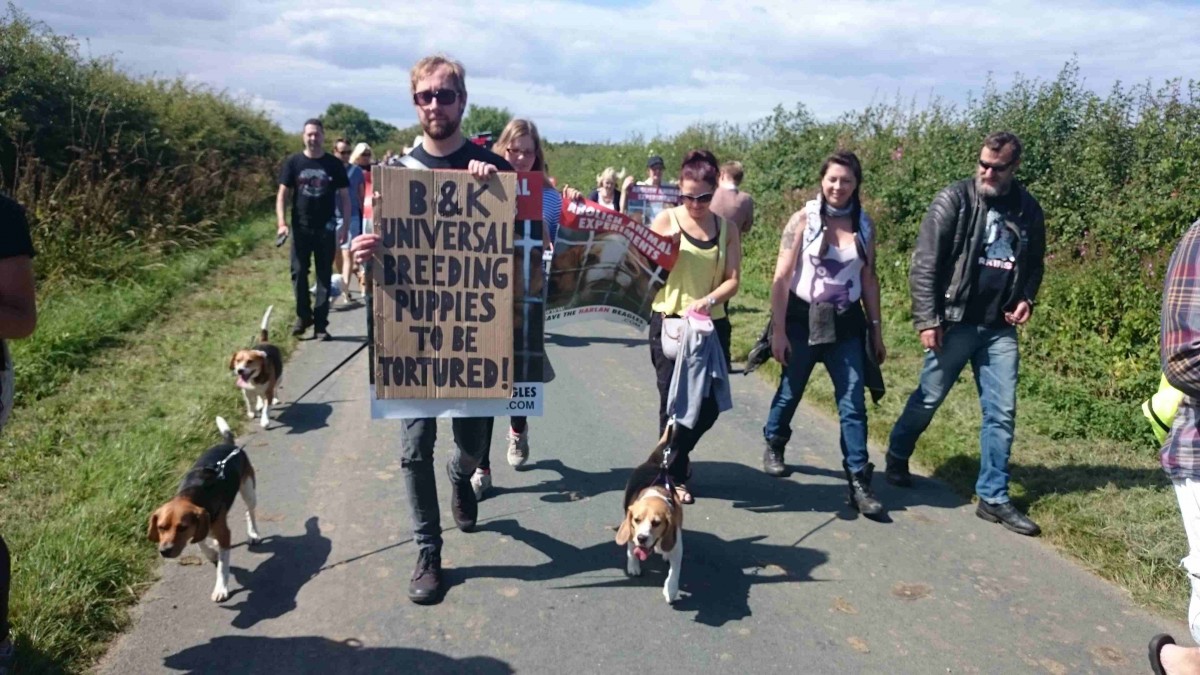 Gathering outside the entrance gate to the animal breeding centre, the crowd listened to a speech by campaigner Alex Irving, who provided heartbreaking detail about the tragic plight of beagles used in cruel, outdated and scientifically failed medical experiments. 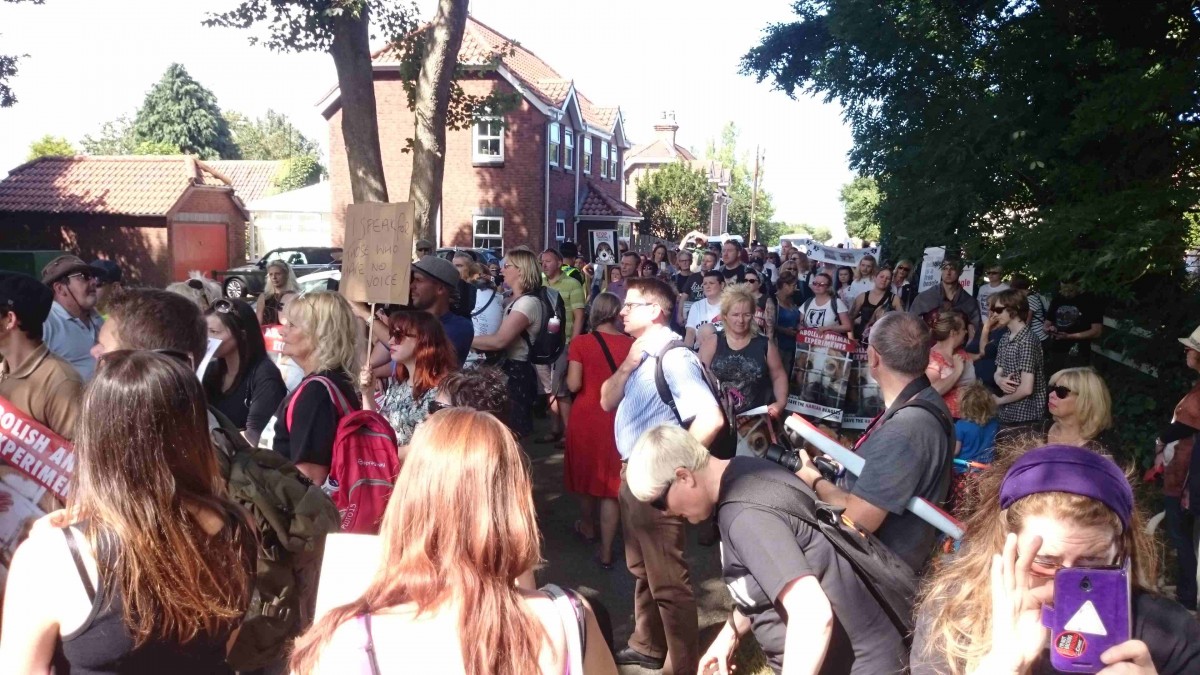 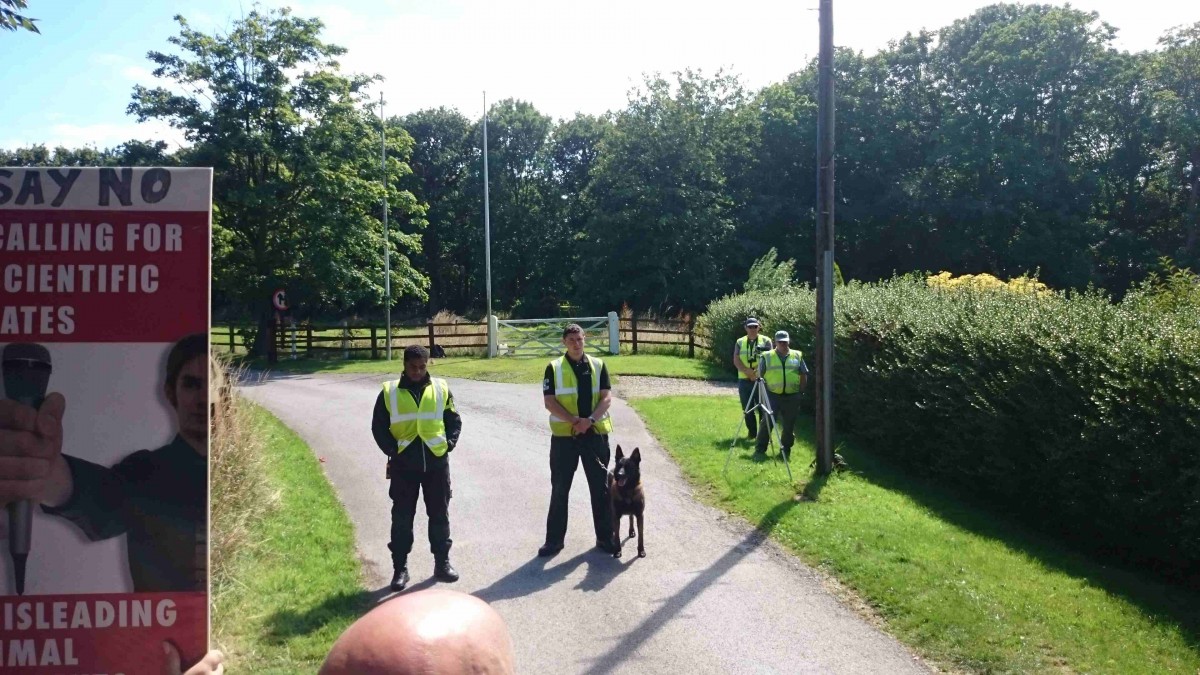 After a minute’s silence we gathered in the gardens of local residents, who are also firmly against B&K Universal’s plans and who had kindly prepared refreshments (including vegan cake!) for the visiting protestors.

We were joined by the Big Beagle, the huge canine representative of the organisation Speaking Of Human-Based Research, who promote innovative science and human-based predictive models. 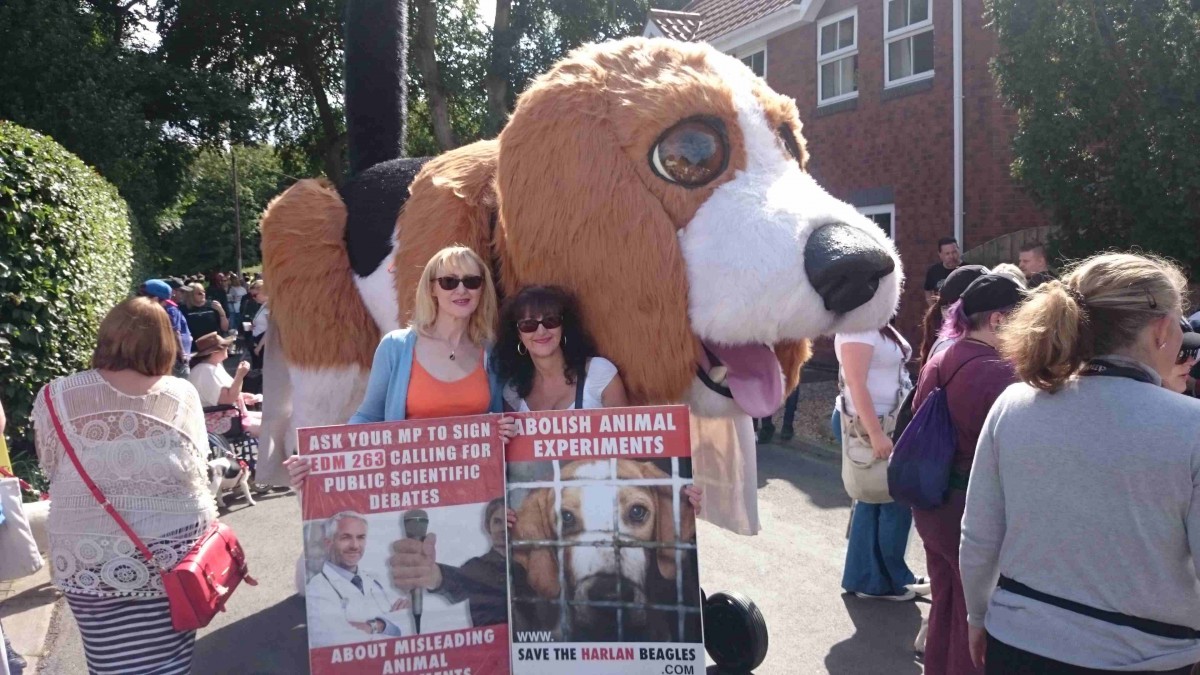 After photographs and interviews with the BBC, the Big Beagle and protestors set off on our return walk, where we gathered in a field to listen to rousing speeches outlining opposition to B&K Universal. Emma Hart, who started the Change.org petition [NOW CLOSED] against the breeding centre which has gathered more than half a million signatures, was introduced to the crowd. 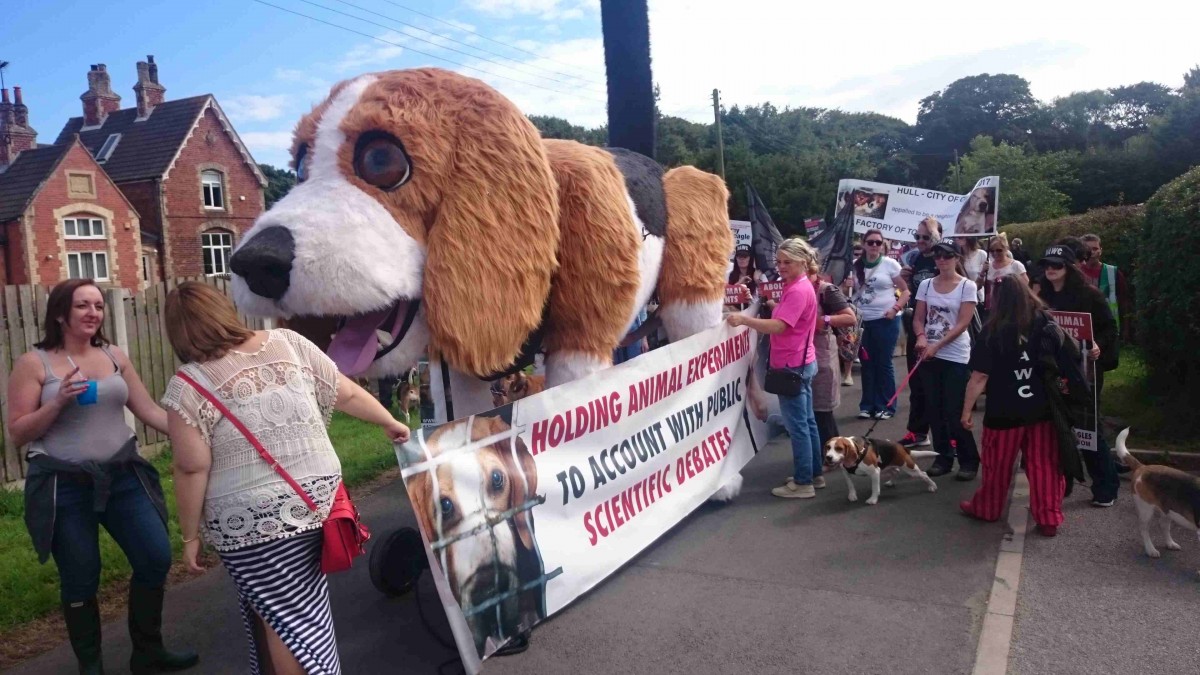 The day was a great success and the spirit of united and committed opposition to B&K Universal was very inspiring. The day was highly motivational and protestors left more determined than ever to continue the fight against B&K Universal specifically, and against animal testing more generally.

Please get involved in the campaign!

Next ArticleA vegan's observations in the Yorkshire Dales