As a beer drinker and a vegan it can be difficult to know which brews are ‘safe’ to drink and which are not. Many people don’t realise that a lot of beers aren’t vegan, as an animal-derived product called isinglass is widely used in the brewing process. Isinglass is made from the dried swim bladders of fish – originally from sturgeon and then cod, but now often from catfish, drumfish and threadfins caught in tropical and subtropical waters.

Isinglass contains a protein called collagen which, when added to a cask of beer, binds to the yeast particles and pulls them down to create a sediment at the bottom. This clears the beer so it can be served without floating particles affecting the appearance or taste of the brew. Apparently fish finings are the only ‘natural’ clearing product on the market, and so brewers use them to avoid adding chemical products to their beer. Some brewers avoid the use of finings by conditioning the beer longer in tank, which is presumably a less economical way of manufacturing the product.

In 2003 a European Commission directive compelled food and drinks manufacturers to list full ‘common food allergens’ on their packaging. The brewing industry argued however that isinglass was a processing aid rather than an ingredient to be consumed, and that there had never been any recorded incidents of an allergic reaction to it. Their argument was accepted and so brewers are not required by law to state when fish-derived finings are used during their manufacturing process.

In the search for verifiably vegan beers I decided to approach various breweries and brewpubs in and around Leeds to find out which, if any, of their beers are fish-free… 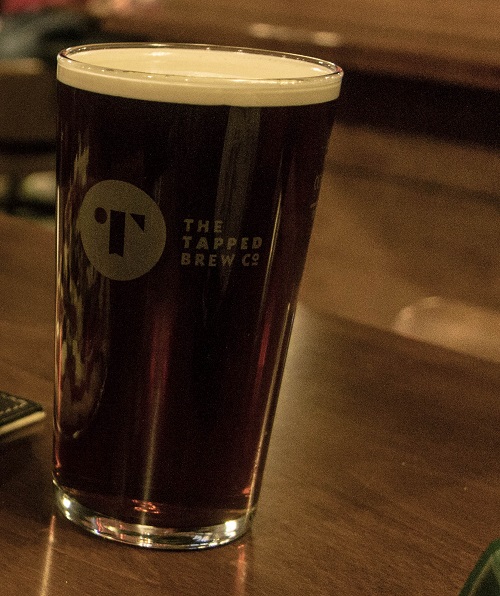 Spike Stinson from Tapped Leeds told me that they have a good selection of vegan beers: “All the beers we brew on site are vegan and use no finings. We tend to change them up fairly regularly but our standard range would be ‘Weisse’ 5.9% German Style Wheat Beer, ‘Paradiso’ 5.5% IPA and ‘Secret Bud’ 5.2% Czech Style Lager […] We usually have a number of other options on the bar such as Marble Brewery, Gun Brewery and a multitude of unfined keg beers to choose from.”

I’ll definitely be checking out the selection at Tapped Leeds’ brewpub, on Boar Lane in the city centre. 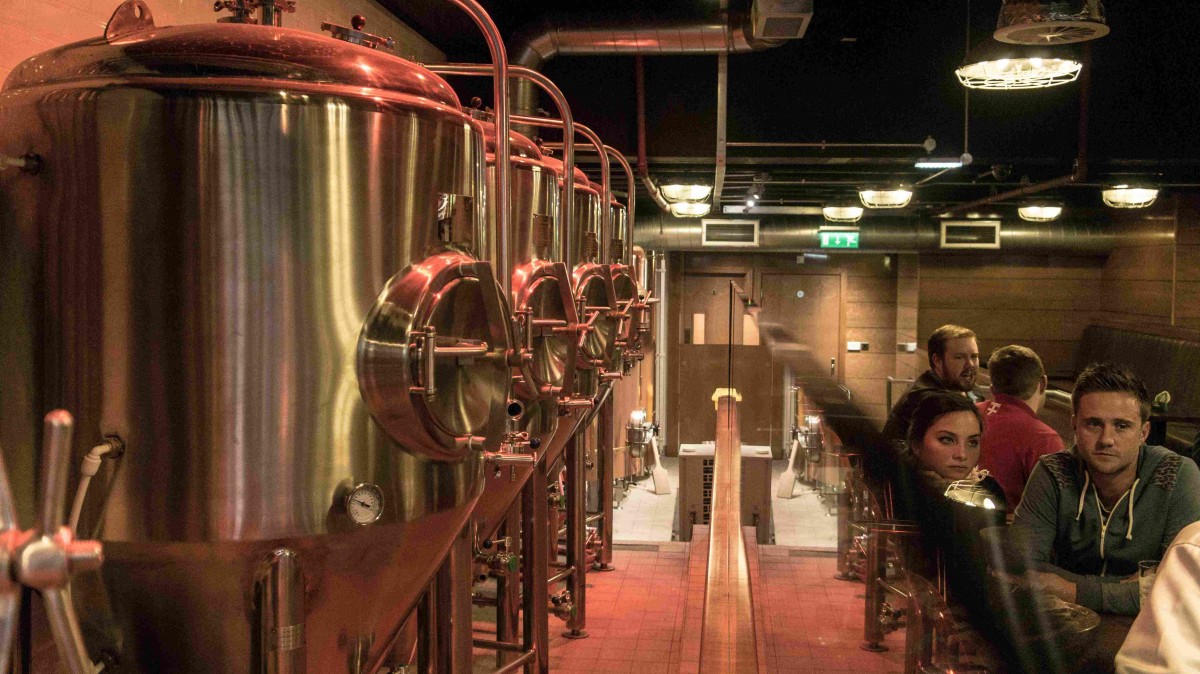 Northern Monk’s Tyler Kiley told me that all of their cask beer contains isinglass, though they are looking “into options to make them vegan friendly as well”. They do have other vegan beers, however: “Eternal and New World are both vegan and veggie friendly, but the Northern Star contains lactose making it not suitable,” says Tyler. “This goes for our kegged beers as well – everything is vegan/veggie friendly, with the exception of Northern Star.”

Not a bad selection of vegan beers then, from this Holbeck-based brewer. 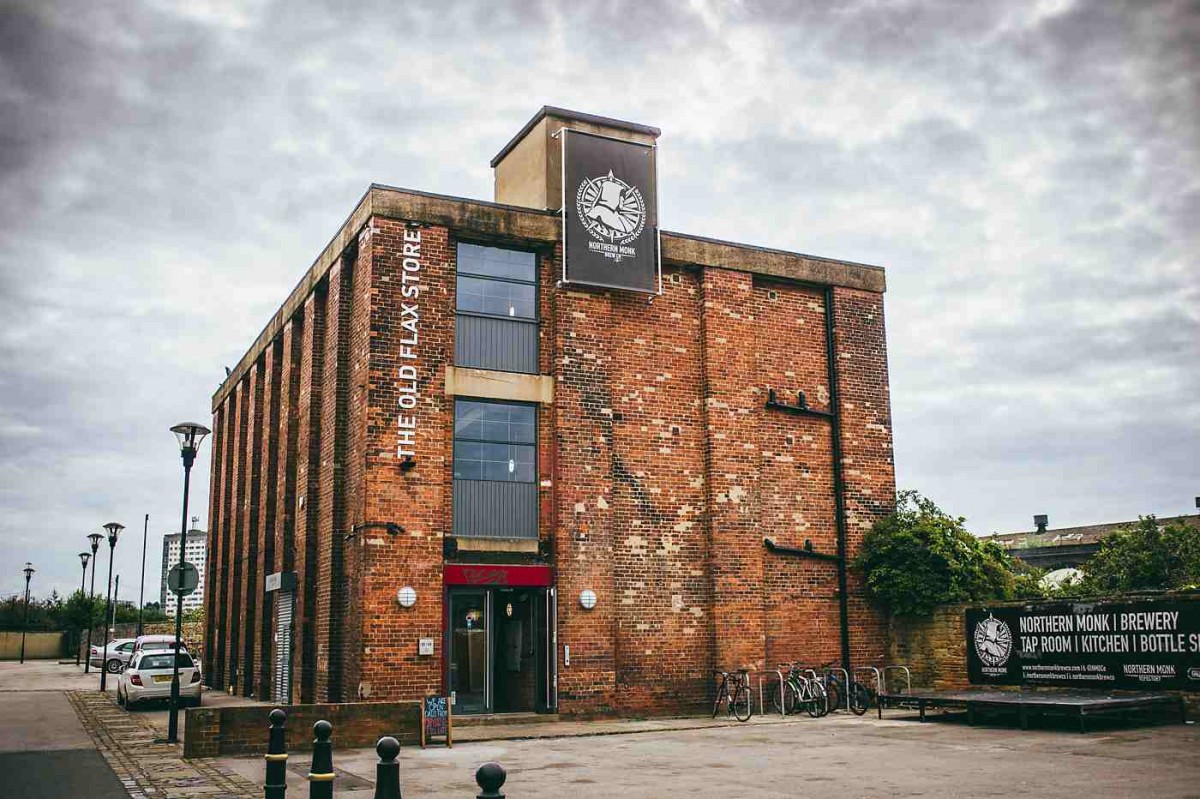 Leeds Brewery’s head brewer Venkatesh Iyer says, “We do have some vegan products like bottles of Bell, Best and Gold. Leodis in kegs is a vegan product, but we can’t guarantee it all the time as we occasionally use a different contract packaging company, who may have different procedures, and so we avoid marketing it as such. One product guaranteed to be vegan is Gathering Storm in kegs as we only ever keg it with one packaging company and can guarantee it doesn’t come into contact with any animal derivatives.”

So a few vegan bottle and keg options from Leeds’ largest brewery (whilst I haven’t confirmed it, it sounds like Leodis is ‘safe’; I’d be surprised if the packaging contains animal products) – though there are no vegan cask beers.

Wharfe Bank’s Amy Proctor says: “We currently don’t stock any bars with vegan beers. Technically all our cask range can be vegan at request as we are able to supply cask beer without the finings in. However we haven’t had any requests for this style product. I hope that we may in the future and would love to support any local bars wishing to have vegan beer.”

I was suprised that Wharfe Bank hadn’t had more requests for vegan beers, as I know there’s definitely consumer demand for them – especially in Leeds. Vegan-friendly bar owners, please get in touch and let them know!

Whilst Ridgeside do not currently produce any vegan beers, Matt Lovatt explains, “[Ridgeside] are in the process of upgrading our fermenters. One benefit of this process is that, in combination with our new yeast strain, we hope to be able to go vegan friendly, dropping isinglass altogether. It’s still a work in progress, but we’ll obviously announce it, if and when it can go ahead […] Whilst we are not ourselves vegan, we can see the ethical as well as pragmatic benefits from reducing animal products in our process.”

“All our beers at Ossett contain traditional finings and are therefore not vegan friendly. Our sister brewery, Rat Brewery, based at the Rat and Ratchet do brew a cloudy wheat beer on a regular basis, called ‘Rattus Rattus’ – this is not fined and therefore is vegan.”

No vegan beers from Ossett Brewery, though at least their sister brewery produces one vegan wheat beer, at the Rat and Ratchet in Huddersfield.

Finally, vegans and vegetarians should avoid Collingham Ales, Saltaire Brewery, Ilkley Brewery and Kirkstall Brewery – none of these breweries produce any vegan beers whatsoever, and made no mention of ever intending to.

n.b. If you’re a brewery which produces vegan beers and would like to be featured in this or future articles, please do get in touch: hello@veganmarketing.co.uk