A vegan’s observations in the Yorkshire Dales

I’ve been visiting the Yorkshire Dales since I was a small child and spent the last bank holiday weekend there, near Reeth in Swaledale. The scenery is incredible, and I really enjoy walking in the hills, valleys and moors in this beautiful part of Yorkshire. Since turning vegan however, my enjoyment of the landscape and appreciation of nature in the Dales has been accompanied by a constant nagging awareness of human exploitation and abuse of animals. 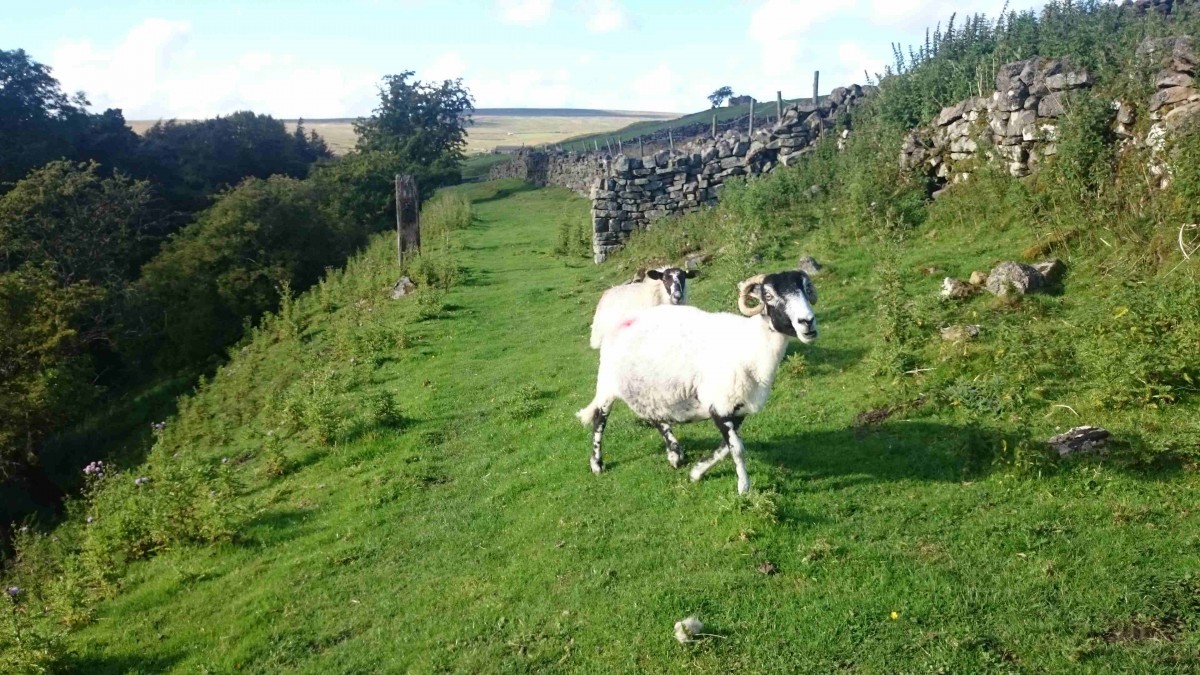 Farming is of course prevalent in the Dales, and animals farmed for their wool, skin, and flesh are to be seen everywhere. The hills and moors are populated by thousands upon thousands of sheep of various breeds, including the iconic black-faced, curled-horned Swaledale. Their white coats are routinely marked by farmers with patches of brightly coloured spraypaint, to denote which sheep ‘belongs’ to them – a grotesque reminder of the animals’ property status, units of stock that exist purely to be exploited for material gain.

Whilst walking past these gentle and curious animals it’s saddening to think that their fate is to be herded into a truck and driven to a slaughterhouse to be brutally killed. 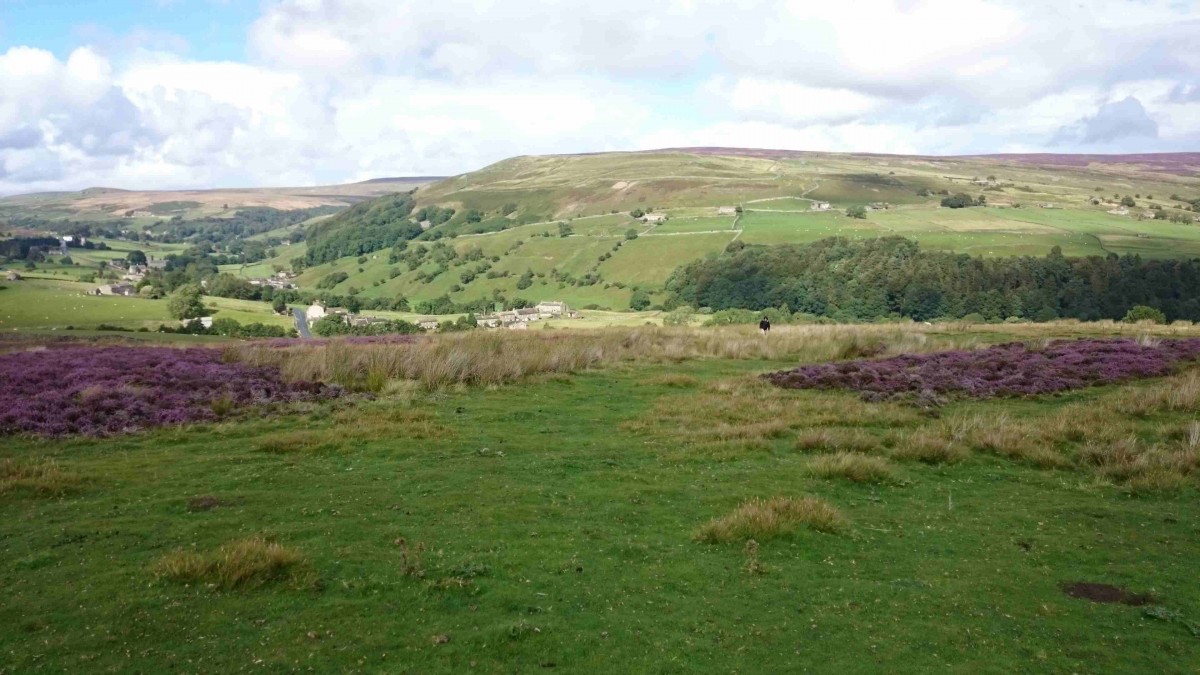 Whilst out walking we heard the distant crack of gunshots from a moor across the valley. The moors are used for grouseshooting as the ‘sport’ is big business in the Dales; a local lady told us that shooting parties pay £10,000 to the landowning Duke for a day out killing birds.

Whilst some hunters claim that their motivation for shooting animals is necessity – that shooting a wild animal is a more humane way of acquiring meat than raising animals in a factory farm – it’s quite apparent that the majority kill simply because they enjoy it. This was recently confirmed to me when I witnessed a shoot near Harrogate; the bloodthirsty hunters were blasting birds out of the sky whilst whooping and cheering with delight as the dead and dying animals fell to the ground. 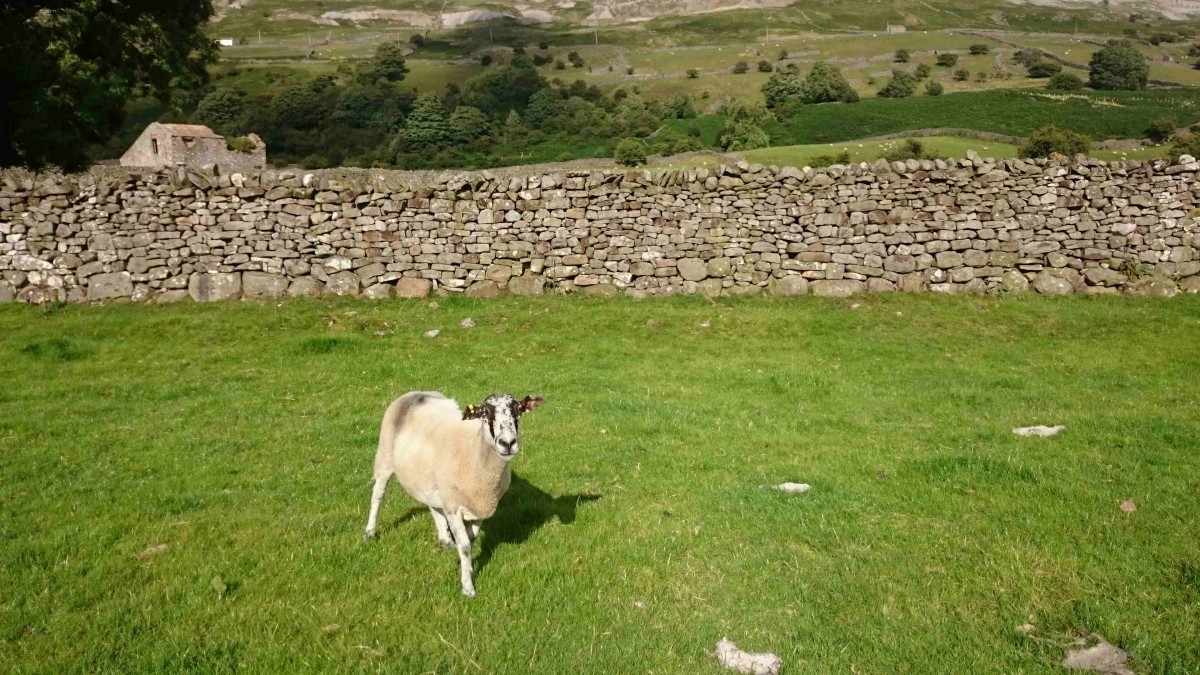 The natural environment and its animal populations are manipulated by gamekeepers, to increase the number of grouse that are available for shooting. We walked through moorland with areas of burnt heather; the heather is burnt to encourage plant regeneration and to provide new shoots for grouse to eat. Plastic trays containing white grit are placed on the moor to be eaten by the birds – it enables them to digest tougher parts of the heather, and is medicated to prevent a parasitic threadworm which lives in the grouses’ gut. Whilst grouse are wild animals, there is nothing natural about the way they are nurtured so that they can grow in sufficient numbers to be shot.

We also saw an old metal animal trap by a wall. Cage traps are typically placed in holes in walls through which small animals run, such as rabbits, stoats and weasels. These animals are persecuted by gamekeepers simply because they feed on grouse and their eggs, and so threaten the numbers of grouse that can be shot. The final hours of the trapped animals’ lives are spent confined in a tiny metal cage, until they are shot by a gamekeeper (if they’re lucky – if a gamekeeper does not routinely check their traps as required by law, the animals will starve to death).

Snares are an even more horrific method of capturing animals such as rabbits and foxes. Snares are wire nooses which tighten around the neck or body of an animal, painfully restraining it until the gamekeeper arrives to shoot it dead. It’s horrible to think of the final hours of a snared animal’s life, spent in pain and fear until the suffering is finally brought to an end (they are supposed to be killed by a shot at close range, though gamekeepers no doubt club them to death too). Larsen traps are used to capture intelligent birds like crows and magpies, who suffer a similar fate to trapped and snared mammals. And all of this suffering and death takes place so that thugs with guns can cause further suffering and death to grouse. 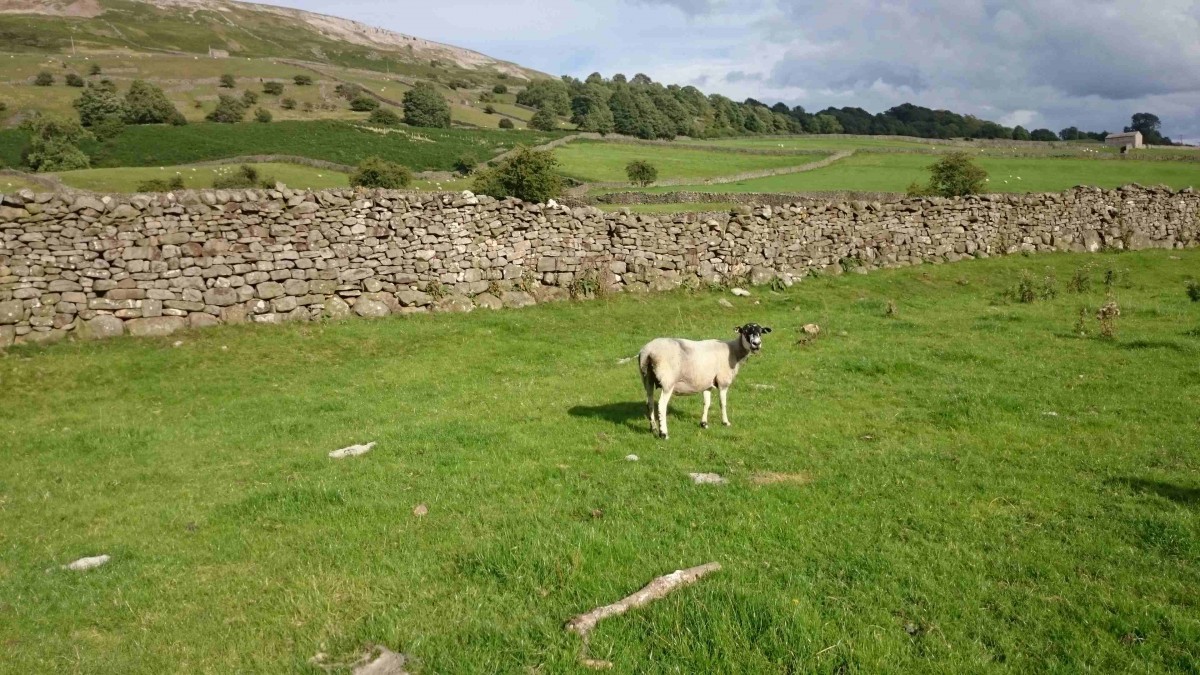 Rabbits are thriving in the Yorkshire Dales and this is partly down to the ruthless persecution of foxes by gamekeepers and farmers. Foxes are killed to prevent them from eating grouse and their eggs, but this means that there aren’t enough of the rabbit’s natural predator around to moderate rabbit numbers.

When rabbits aren’t being trapped, snared and shot, they suffer and die in other ways. The roads are covered in rabbit carcasses, because many are hit and run over by cars. More horrifically, many rabbits suffer slow and agonising deaths from a human-created virus called myxomatosis. Myxomatosis causes skin tumours, blindness and sickness in infected rabbits and it’s a disease that was introduced in the UK in the 1950s as a rabbit bio-control measure. It’s a really sad sight to see a blind and sick rabbit, suffering until it finally dies – which can take a couple of weeks. 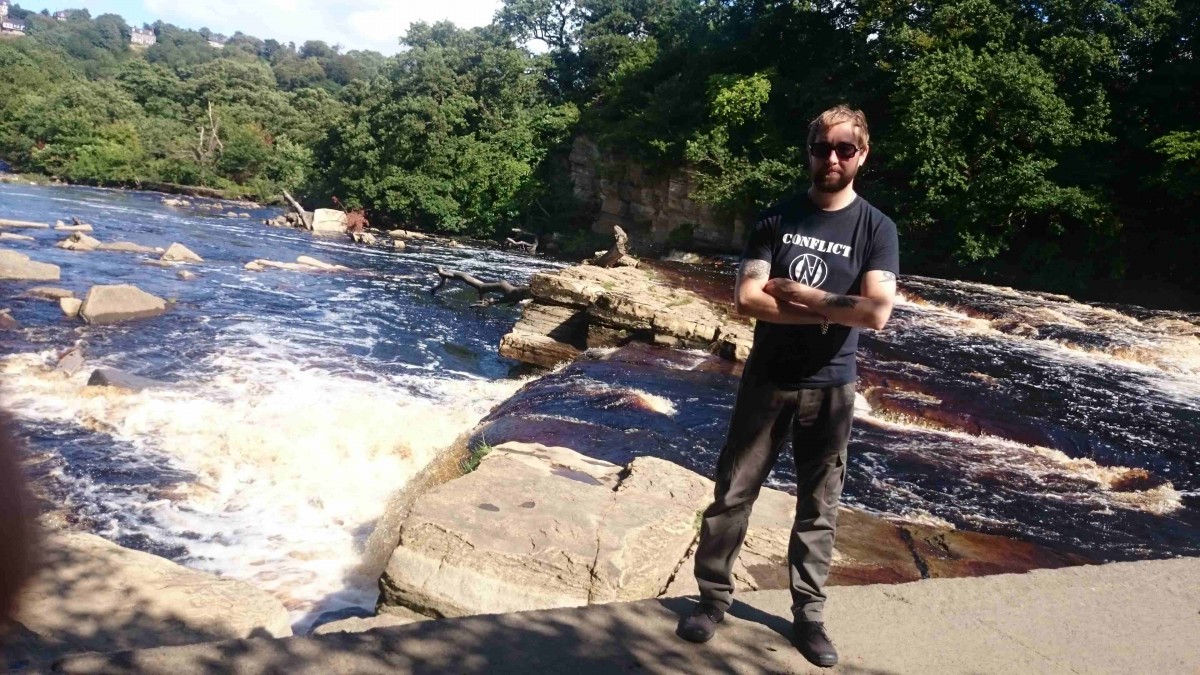 I’ll still love to visit the Dales but these were just a few of my thoughts as a vegan and animal lover. If you have any thoughts of your own that you’d like to share, please do leave a comment below.