Last weekend I joined Harrogate Animals People Planet Initiative (HAPPI) to hand out flyers and speak to people about the reindeer exhibition at the town’s Christmas market.

We do not think that a busy Christmas fair bustling with crowds of noisy shoppers and drinkers is an appropriate place to keep reindeer, who are penned into a small enclosure for twelve hours a day with little enrichment other than a bed of straw. 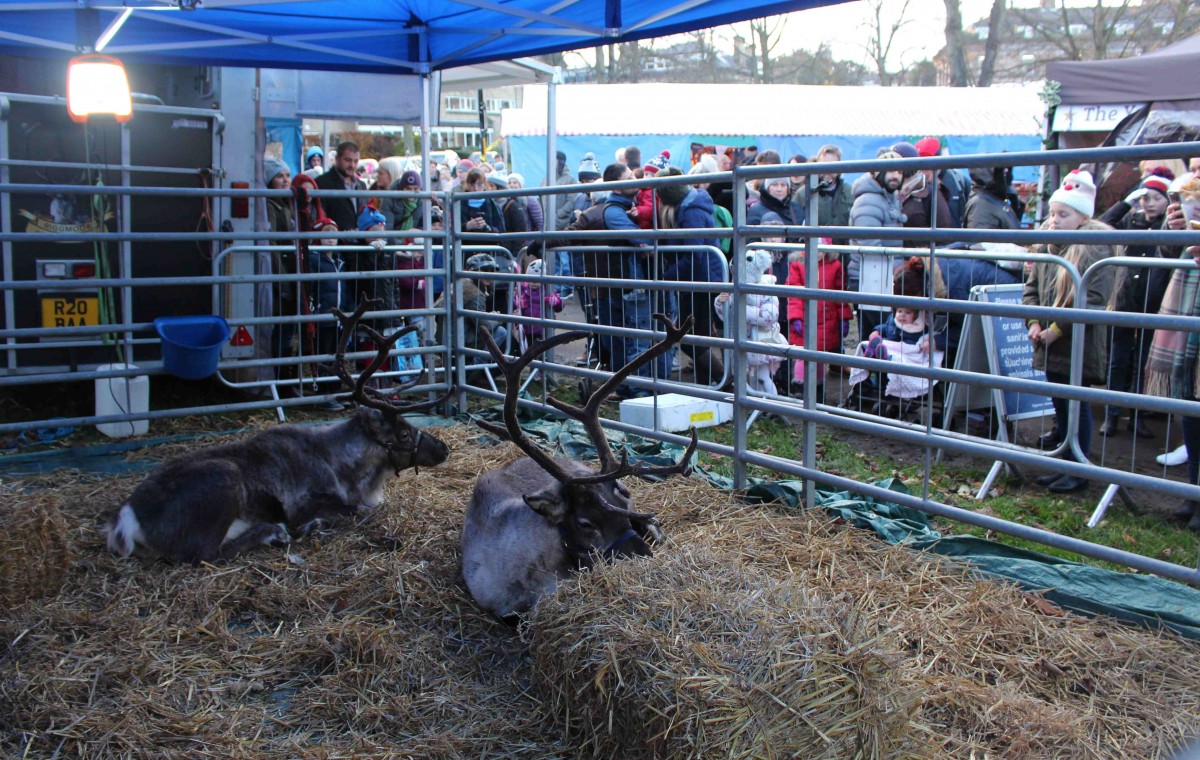 The natural habitat of reindeer are wild expanses such as the Arctic tundra, and as flight animals they will instinctively run and take cover when faced with a threat. Contained within a small enclosure it is of course not possible for the reindeer at Harrogate Christmas market, and other such exhibitions around the country, to follow their instincts and take flight. Instead they must suffer the indignity of being gawped at by the thousands of noisy shoppers who crowd around them all day.

Studies have shown that antelope in zoos, surrounded by a large number of visitors like the reindeer at Harrogate Christmas market, exhibit higher levels of the stress hormone cortisol:

“The results of the study suggest that zoo visitor density affected behavior and adrenocortical secretion in Indian Blackbuck, and this may indicate an animal welfare problem.”

A very busy market is clearly an inappropriate place to display a wild flight animal, and the reindeer are likely to be stressed even though they may not display obvious signs of panic. 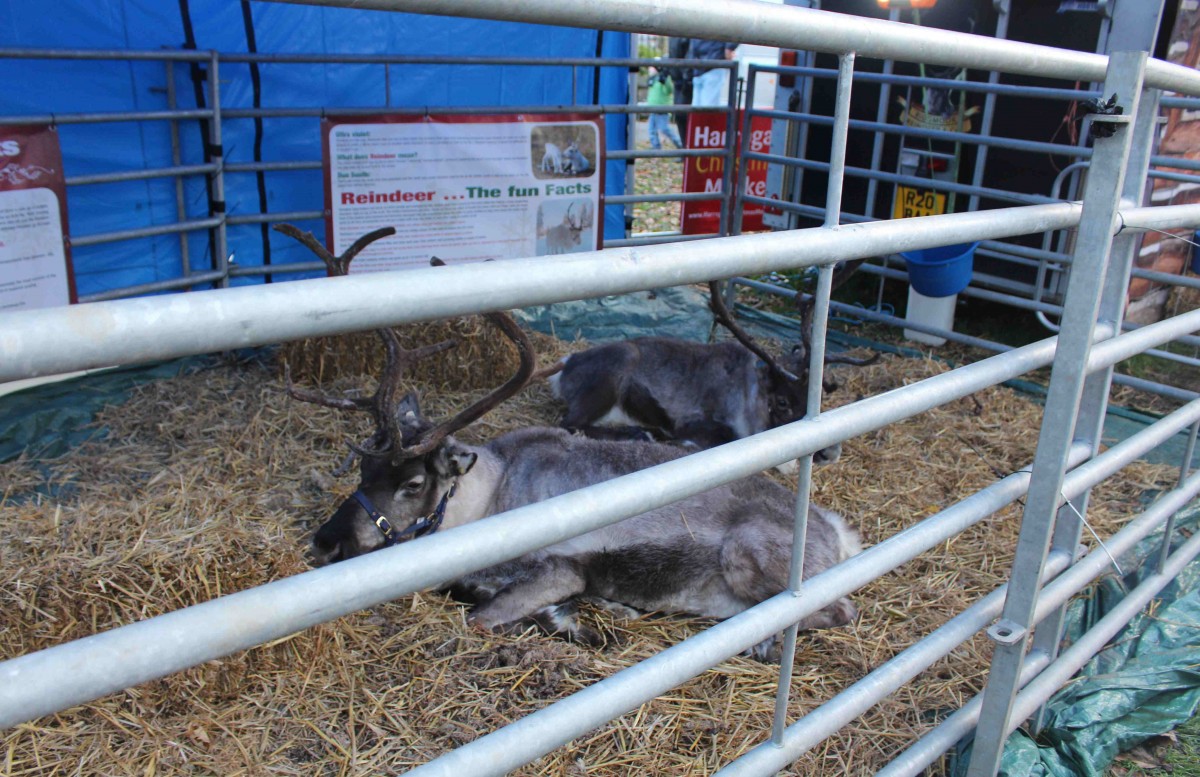 In 2013 an independent report on farmed and park deer, prepared for the Government by the Farm Animal Welfare Committee detailed how:

Such concerns about the welfare of captive deer leads the report writers to:

“strongly suggest their welfare should be considered further by the Government as they are particularly likely to be kept by inexperienced owners for commercial reasons”.

If you oppose the exploitation of reindeer at Christmas then some people will inevitably accuse you of being a killjoy who is out to spoil the magic of Christmas for kids. After visiting Harrogate Christmas market last weekend, I can safely say that there’s nothing remotely magical about witnessing a pair of sad-looking reindeer in a pen. It’s actually the exhibition itself which diminishes the magic of Christmas as the sight of captive reindeer sitting forlornly on straw, jars with the mythical image of Santa’s helpers flying freely through the sky on Christmas Eve.

The majority of people we spoke to on the streets of Harrogate expressed reservations about the reindeer exhibition, and everyone we talked with said they would still visit the market if the reindeer were not there. This suggests that any concerns held by the organisers about a cancellation of the reindeer exhibition leading to a fall in market attendance and revenue, are ill-founded.

If you agree that reindeer should not be exhibited at the market in future (and the tide is turning in our favour, as just last week Covent Garden confirmed animals will not be used in this year’s Christmas display), you can help by:

If reindeer and other animals are being exploited at Christmas events in your area, please do start a petition of your own, and express your opposition on social media and by emailing relevant organisations.

You can read more information about why reindeer should not be used in Christmas events in HAPPI’s informative article, “Are we just Christmas killjoys, or is there a deeper truth behind the rejection of animals at Christmas attractions?”.