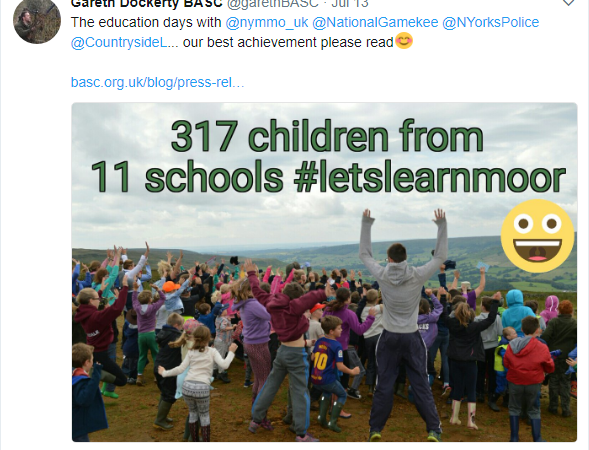 The British Association for Shooting and Conservation recently took hundreds of schoolchildren on the North Yorkshire moors, to teach them about the ‘conservation’ work carried out so that sick hunters can blast grouse out of the sky with shotguns.

Over three days more than 300 schoolchildren aged between four and 11 were accompanied by gamekeepers onto the moors and allowed “to help with conservation tasks and learn about the region’s unique habitats and wildlife.” 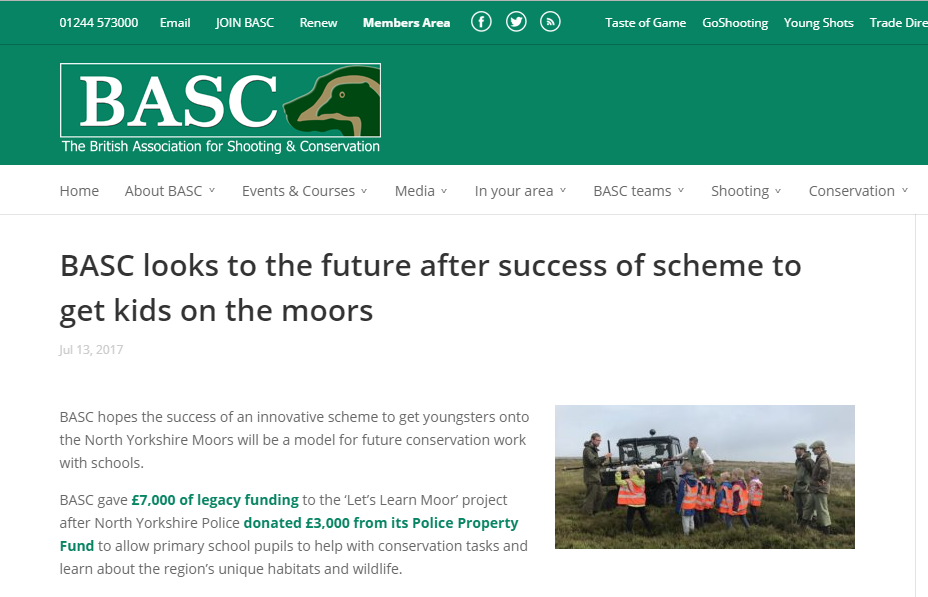 Tina Brough from North York Moors Moorland Organisation, which is one of the organisations who support the scheme, commented that “The children were interacting really well with the gamekeepers and we believe the project provides an excellent model for future engagement.”

Whilst the young kids were hopefully given seemingly innocuous tasks to complete, routine gamekeeping activities include the brutal killing of various species of animals including crows, magpies, foxes, mountain hares and stoats. These animals are killed using incredibly cruel methods such as snare traps, in which they suffer a prolonged and agonising death.

Birds of prey such as buzzards, eagles, peregrines and kites are also persecuted by gamekeepers. Hen harriers in particular have been illegally persecuted to the point that they are facing extinction in England.

The animals are killed because they feed on grouse eggs and chicks, interfering with the hugely lucrative grouse shooting industry which annually sees hundreds of thousands of birds shot on private moorland estates.

Grouse are known as ‘the king of gamebirds’ because of the speed at which they fly (up to 70 mph), which makes a ‘clean’ kill difficult and causes great suffering as birds are often shot and wounded rather than being killed outright.

Perhaps most shockingly, the scheme to take kids onto the grouse moors was partly funded by North Yorkshire police, who donated £3000 towards the trips from its Property Fund. The grant was approved by North Yorkshire Police Chief Constable Dave Jones and Police and Crime Commissioner, Julia Mulligan, and as we reported back in March:

Outrageously Chief Constable Jones, who approved the BASC’s grant, serves as national police lead for rural and wildlife crime. He is therefore responsible for investigating and prosecuting the illegal killing of raptors – birds routinely persecuted by the very industry funded by the grant.

The British Association for Shooting and Conservation are delighted with the success of the school trip to the moors, and are now planning to continue the scheme for a second year and brag that it is “a project we would like to roll out to a wider audience.”

The BASC’s North East Regional Officer Gareth Dockerty even described the trips as the organisation’s “best achievement” and proudly tweeted a horrible image of the young children being encouraged to jump up and down on the moors, overlaid with a smiley emoji – as if animal suffering and killing is something to celebrate: 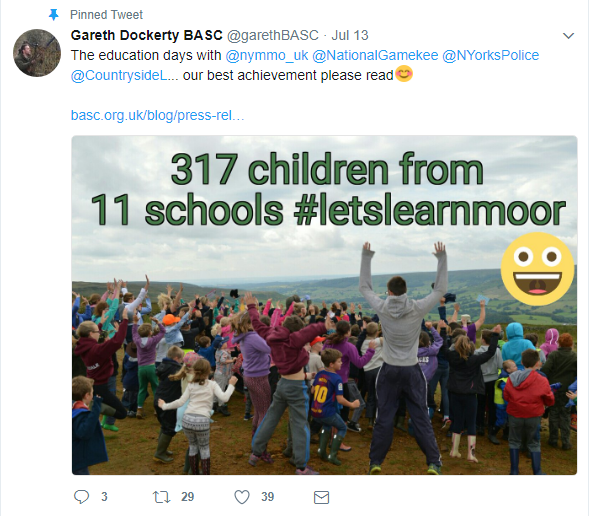 We think it is disgraceful that schoolchildren are being conditioned into believing that killing animals is normal. The shooting industry causes immense animal suffering and to indoctrinate young children into this perverse lifestyle is obscene. The fact that the police are funding such trips is completely outrageous and a misuse of public funds.

We urge people, and especially parents of schoolkids, to speak out about and oppose this abhorrent scheme.