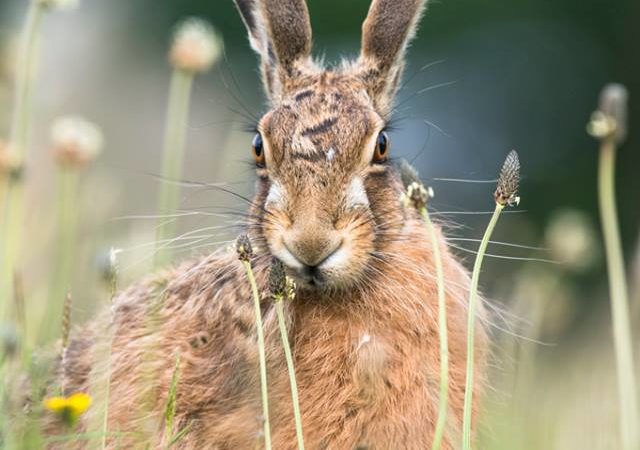 A pro-hunt organisation asked to use a wildlife photographer’s image. His response was brilliant

When The Countryside Alliance emailed Richard at Richard Bowler Wildlife Photography about the use of one of his images, they probably weren’t expecting this response!

The pro-bloodsports fanatics emailed Richard to ask whether they could use a photo he’d taken of a hare, in a calendar which they produce to raise money for their organisation. The Countryside Alliance is of course at the forefront of attempts to repeal the Hunting Act, which banned the hunting with dogs of hares and other wild mammals.

Thank you for your enquiry RE the hare picture.

I hope you can appreciate that the cost of the camera body and lens alone to take that picture cost over £7000, not to mention time in the field, cost of transport, computer, website you found the image on, the list goes on. Therefore I must decline the free use of my image, credit just does not pay the bills.

The above however is just secondary. I photograph living wildlife, I have no interest in photographing pieces of fox, ripped apart by hounds, or caught in snares. Birds of prey I prefer to photograph wild and free, not blasted by a shot gun or caught in a gin trap on a managed grouse moor. I prefer my hare alive also, not jugged or oven roasted. So you see no amount of money would ever buy you the rights to have one of my photographs in a calendar promoting such a grubby organisation as yours.

With Theresa May recently expressing her support for fox hunting and promising Conservative MPs a free vote on a repeal of the Hunting Act, our beautiful foxes, hares, deer and other wild mammals are once again facing brutal persecution.

The vast majority of the British public think that bloodsports are disgusting and that hunting with dogs should remain illegal. We must work to ensure that the Conservative Party does not succeed in its cruel plans and that the Hunting Act is not only kept in place, but further strengthened.

It’s time we all stood up to the government and The Countryside Alliance, and let them know that cruel bloodsports have no place in modern civilised society.