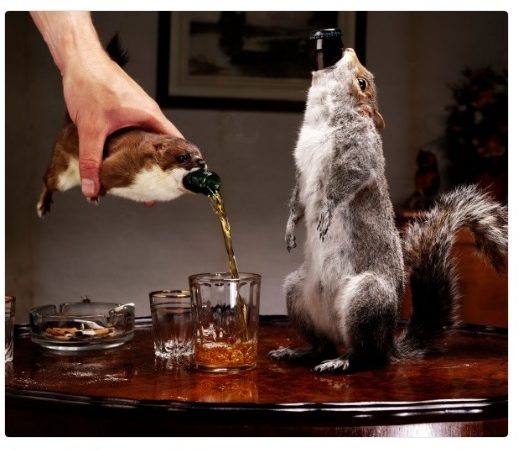 When you’re a company that makes vegan products and markets itself to the vegan community, the last thing you want to do is alienate that very community and lose large numbers of loyal customers. But that’s what craft beer company BrewDog have managed to do, in one grossly misjudged promotional stunt.

Last Wednesday BrewDog announced its new referral scheme, which rewards investors for sharing a referral link with their friends and family. The ‘prize’ for top referral link sharers? A bottle of beer grotesquely stuffed inside an animal corpse: 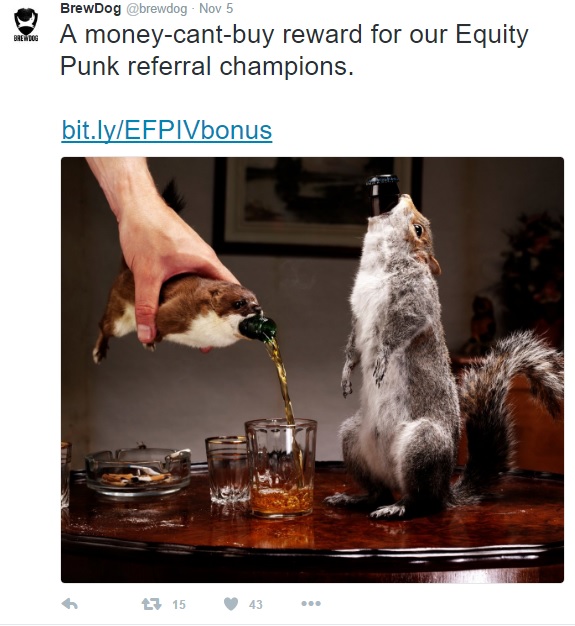 The prizes have understandably outraged the vegan community, who have taken to social media to express their disgust. Incredibly, BrewDog only registered with The Vegan Society in February – but now a petition has been launched demanding that the company are stripped of their accreditation. It remains to be seen whether The Vegan Society will do this.

Many vegans buy BrewDog’s beers as they can be sure that they are ‘safe’ to drink, and brewed without the use of any animal products such as fish finings. Despite finding their beers overpriced I occasionally drink it myself, but it’s quite safe to say that I and many other vegans will no longer be buying any of BrewDog’s products.

BrewDog have responded to the vociferous criticism by stating that the animals used were ‘roadkill’, as if that somehow makes the distasteful promotional gimmick acceptable. Even if the animals were roadkill, which it would be difficult to prove, the exploitative items show a complete lack of respect for the dead animals and an absolute failure to understand or respect the strongly held ethics of their many vegan customers.

Whilst many people are only picking up on the issue now (myself included), it turns out that it’s far from the first time that BrewDog has pulled a stunt like this. They created  “a limited run of 11 bottles, 7 stoats and 4 grey squirrels” in 2010, threw stuffed cats out of a helicopter in 2015, and in August of the same year they used a stuffed donkey to transport beer along Brighton Pavilion. What is it with BrewDog’s weird obsession with animal corpses? As well as being in really bad taste it’s just…creepy and perverse. 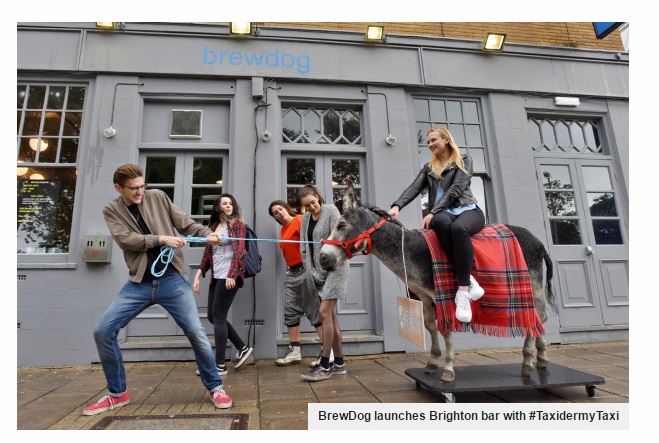 It’s difficult to believe that the company are so out of touch with a significant section of its customer base that they would unwittingly sign off on ideas like this without being aware of the potential backlash (and not just once, but four times). On the other hand,  if this was a deliberate strategy to provoke a response and generate publicity, it seems equally strange that the company would choose to sacrifice a section of its consumer base in the hope of attracting new custom in the non-vegan market.

Either way, I for one really hope that this negatively impacts on their bottom line. BrewDog deserve to lose business, not only for running such an idiotic and distasteful campaign in the first place, but also for their wholly inadequate (and bordering on provocative) responses to the many people who they’ve alienated.

Next ArticleA guide to vegan beers, ciders & ales in the UK